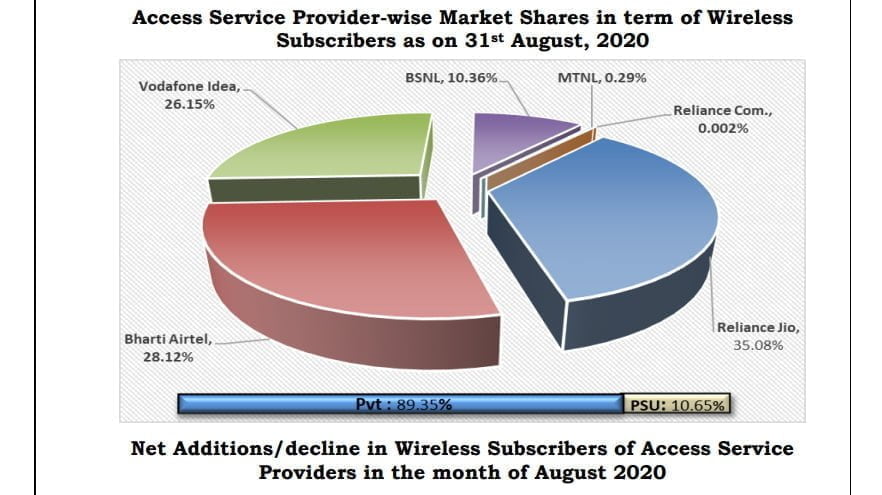 The sixth month of lockdown saw the restoration of the upward trajectory of the addition of new subscribers with 3 out of the 4 wireless carriers showing healthy subscriber additions while Vi continued to be plagued with subscriber losses. Interestingly Jio’s net additions are lower in comparison to previous months but its VLR percentage has increased marginally indicating that it has started to deactivate inactive numbers after having crossed the 400 million mark in July.